There have been a decent amount of tennis films and shows made but some have definitely been questionable on whether they are worth the screen time. But during this time indoors with all tennis cancelled our team went on the hunt for some inspiring films about tennis and sports instead of just going for the replays. Below can find a list the Break the Love team put together of inspiring movies and shows that you can stream online and that are worth the screen time. 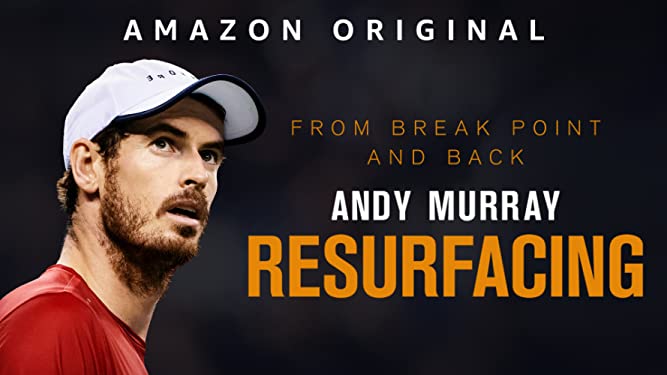 From Vogue: "Top-level athletes don’t usually show anything that can be construed as weakness. In Andy Murray: Resurfacing – the title acts both as a metaphor for his rehabilitation and refers to his hip replacement surgery, known as hip resurfacing – we quite literally see inside his broken body. In one particularly graphic scene, the camera follows him inside the operating theatre at the Princess Grace hospital in Marylebone, capturing the surgeon hammering in a metal cap shaped like a mushroom, which is glued into the head of the femur. From hospital to gym to swimming pool to tennis court to the tearful press conference in Melbourne, in January 2019, when the player admits he may be forced to quit tennis for good – the camera hovers just over his shoulder." 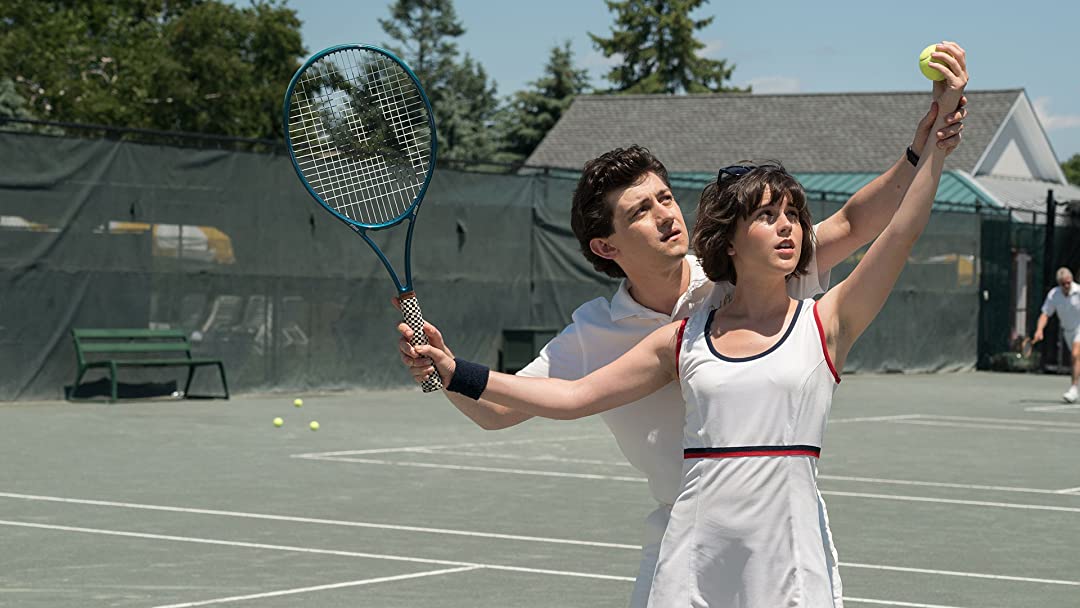 From Vulture: "On the surface, Red Oaks might seem like merely a fun trifle, set but co-creators Gregory Jacobs (Magic Mike XXL) and Joe Gangemi never rested on the twin laurels of period nostalgia or superficial pleasures. Instead, they crafted a sweet, perceptive comedy-drama about trying to outrun time and circumstance, the terror of adapting to change, and the bone-deep fear of not living up to one’s potential. It went down like comfort food, but was ultimately more nutritious than advertised...Red Oaks is perhaps one of the best shows about class struggle to come out this decade... and Amazon's most underrated original series." 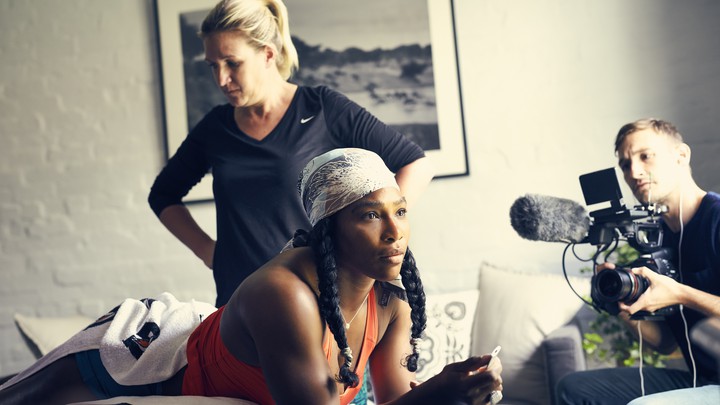 From The Atlantic: "The film intersperses scenes from 2015 with key moments from Williams’s career, notably at Indian Wells in 2001 when she was booed after her sister withdrew from their semifinal match against each other due to injury. For 13 years, Williams refused to play at the tournament, going back for the first time in 2015. It’s easy to forget what a hostile reception the Williams sisters faced when they started playing professional tennis, but Serena points at the coded bigotry she encounters to this day, including a New York Times story last year that seemed to criticize Williams’s figure. (“Her rivals could try to emulate her physique,” it read, “but most of them choose not to.”)" 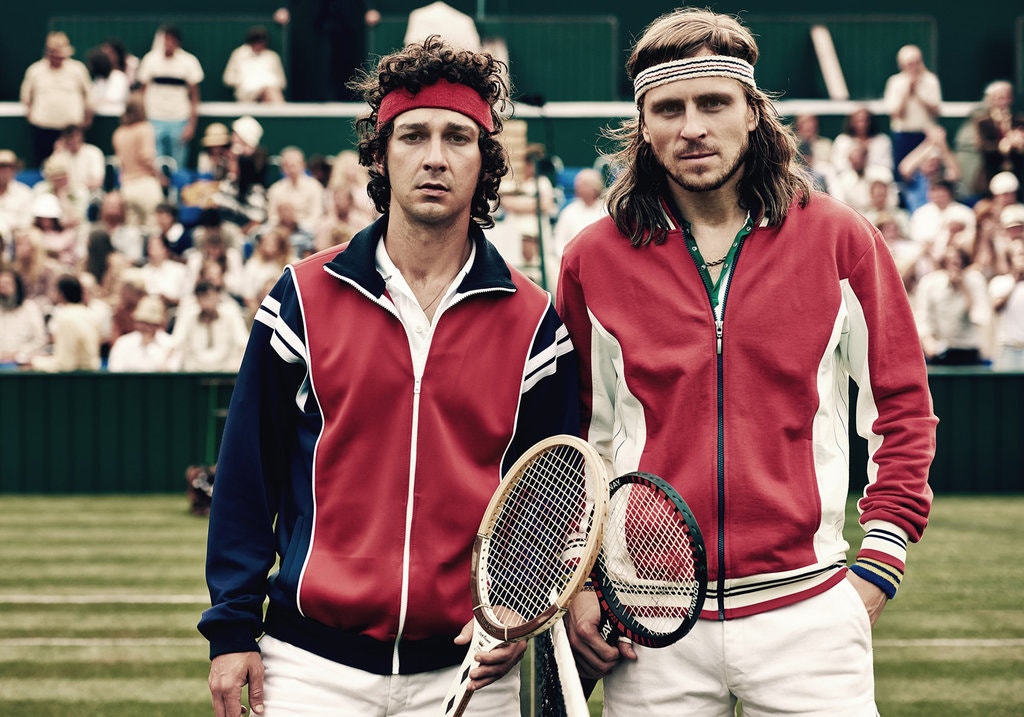 From The NYTimes: "Borg vs. McEnroe” visits the childhoods of both players...And so, after a few excursions into high-style period kitsch — a visit to a disco, vintage haircuts and track suits, glimpses of Vitas Gerulaitis (Robert Emms) and Jimmy Connors (Tom Datnow) — we settle in for the big match, wondering whose composure will crack. The game is remarkably exciting to watch, a sign (like the climactic contest between Bobby Riggs and Billie Jean King reconstructed in “Battle of the Sexes”) that movies may at last be ready for tennis. That seems to be a result of advances in digital editing and image-making that allow the actors to be inserted seamlessly into the action." 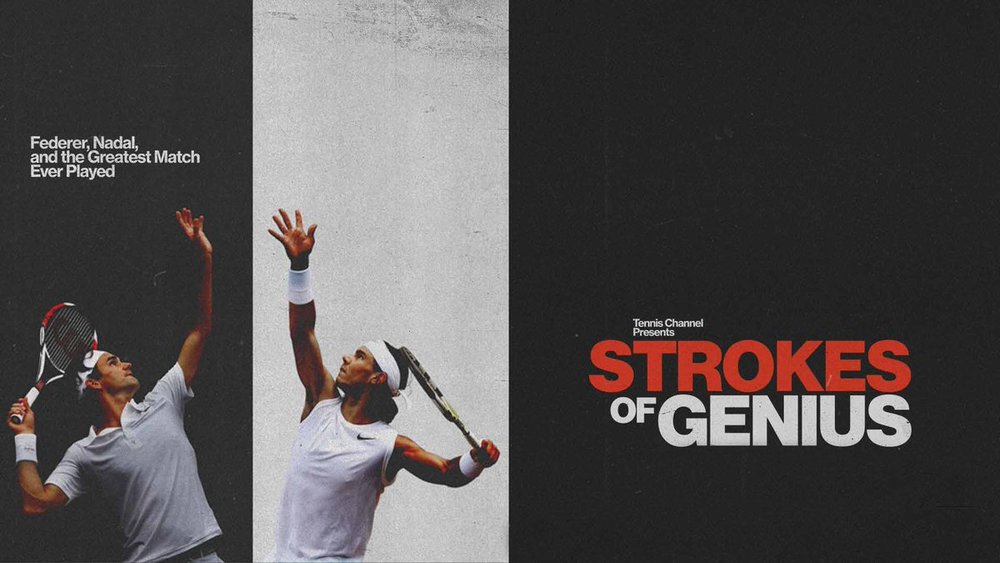 From The Guardian: "It is a narrative that suppresses complexity, sometimes at the expense of sense. In reality, both were tennis obsessives, fixated on improvement from a young age, as determined as the other to construct a perfect game. Interestingly, old footage showed Nadal to be a quiet, self-effacing adolescent, whereas Federer was a tantrum-prone brat, shaming his parents with his antics. It was instructive to watch the two champions reflecting on a match that defined them both – especially to see Nadal reminiscing in Spanish, with none of the hesitancy that afflicts him when he is interviewed in English. Incredibly, they are both playing at the top level a decade later. The most amazing thing about their rivalry is that its last chapter may not have been written."

Break the Love
March 29th 2020
Break the LoveMarch 29th 2020
Other Articles That May Interest You
Access New York City Tennis CourtsWe’re partnering with Wilson to give access to public tennis in New York City making permits free for youth players and subsidized for adults in NYC
Benefits of Group Based TrainingLearn all of the benefits from training & learning in groups over private lessons!
How does scoring work in tennisIt’s your first time getting into tennis or even following it on TV. In the beginning, it might feel confusing but don’t worry we will break it down for you.

Want to join the club?

We get rid of the hassle playing tennis. Take our player quiz & unlock your one stop shop for drop in tennis clubs & resources based on your interests, level, & location - on your time.